Connie Corcoran Wilson graduated from the University of Iowa with degrees in English, Journalism and Education, but she began writing for her hometown (Independence, Iowa) newspaper at the age of 10 and was Editor-in-Chief of her high school newspaper. She continued her education, including a Ferner/Hearst Journalism Scholarship and a Freshman Merit Scholarship at Iowa, and then at Berkeley, WIU, NIU and the University of Chicago.

She holds a Masters (+30) in English, Journalism and Education. Her career path led to teaching 7th and 8th grade language arts (Silvis, Illinois) and teaching writing at 6 IA/IL colleges or universities, including a class teaching film at Black Hawk Junior College. She established the second Sylvan Learning Center in the state of Iowa (Nov. 15, 1986) and a Prometric Testing site (1995), in conjunction with ETS of Princeton, NJ. She has taught writing and literature classes at all 6 IA/ILQuad City colleges.

Constance (aka Connie) was Midwest Writing Center Writer of the Year (2010), Content Producer of the Year for Yahoo (2009), and Illinois Women’s Press Association Silver Feather Award winner (Chicago chapter, 2012 and 2014.) She was named one of the “10 Most Creative Teachers in America” in a TAB Scholastic Books competition. Her Sylvan Learning Center (#3301) in Bettendorf, Iowa, was named Best Business of the Year by the Bettendorf Chamber of Commerce in 1993 and the free reading program for poor kids she established was the largest scholarship program of its kind among a 900-member chain, for which she was personally awarded a Bi-State Literacy Award by then sitting First Lady Barbara Bush.

She lives in East Moline, Illinois with husband Craig and in Chicago, Illinois, where her son, Scott and daughter-in-law Jessica and their siz-year-old twins Elise and Ava reside. Her daughter, Stacey, a graduate of Belmont University in Nashville, Tennessee, recently returned from a year spent living and working in Australia and now lives and works in Nashville, Tennessee.

Connie has published many works representing a variety of genres. Wilson’s first book (1989), published by Performance Learning Systems, Inc. of Emerson, New Jersey, Training the Teacher As A Champion, put forth the teaching techniques and principles taught by the nation’s largest teacher training firm. Written by Wilson in collaboration with PLS founder Joseph Hasenstaab, the book gives an insight into the effective teaching practices of successful teachers, those techniques included in that organization’s Project T.E.A.C.H. (Teacher Effectiveness and Classroom Handling). 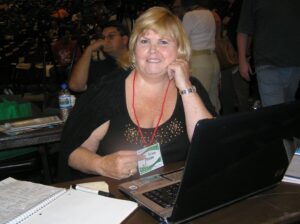 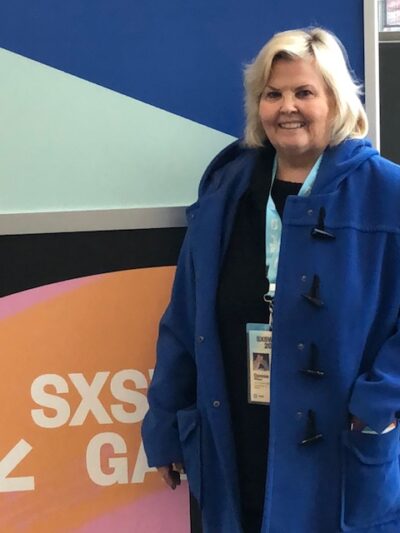 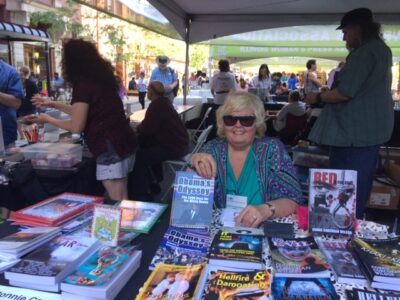 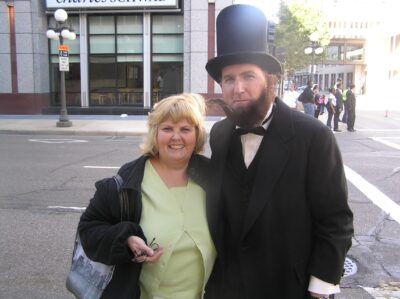