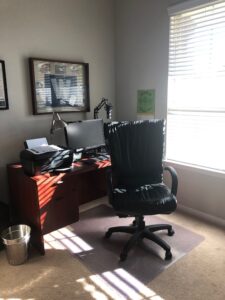 Ed was an especially great guest, as he could “take the ball and run with it” conversationally, and, therefore, you get to hear less of me and more of him. His accomplishments are many, including a number of real estate developments over his 50-year career. I regret that I didn’t get to hear the rest of Ed’s “bucket list,” but being involved in making a film was one of those “bucket list” wishes and he spent 2 years shepherding the Eric Roberts, Anthony Ray Parker film to the screen. Last week, I interviewed Eric and Eliza Roberts,both of whom played roles in the film.

The other project that Ed has supervised was one designed to help young people learn about a variety of careers. Called www.soyouwanttobe.org, we spoke about this colorful and useful series of videos. I tried to play its upbeat cheery theme song from my laptop—3 times. No dice. (I had warned my guest that, if it were a technical matter, it probably wouldn’t work.)

If you would like to hear an interesting story about becoming the Executive Producer of a film at 75, it is cued up for your entertainment. Check it out.