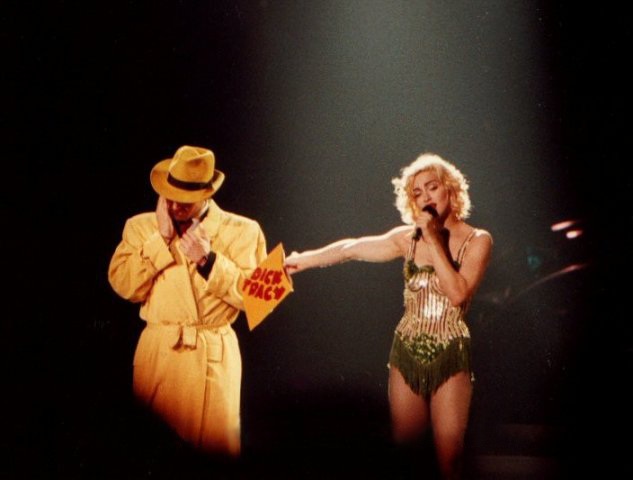 Madonna onstage during her participation in the 1990 film “Dick    Tracy.”

Just when you think you know a girl, you find out something that surprises you. So, here are some fun facts about the reigning Queen of Pop that you might not have known!

Her Papa Don’t Preach… He Was An Engineer

Madonna was born to immigrants Silvio Anthony “Tony” Ciccone and Madonna Louise Fortin on August 16, 1958, in Bay City, Michigan. Born and raised in Detroit, it’s not surprising that her father worked in the motor industry and was a design engineer for Chrysler and General Motors. Sadly, Madonna’s mother died of breast cancer before she was 5-years-old. Madonna would go on to say in an interview with Rolling Stone that if her mother was alive, “I would be someone else. I would be a completely different person.”

Madonna is one of very few artists that have made it into the Guinness Book of World Records. The Queen of Pop, a title she has held for three decades and counting, currently holds the records for highest-grossing music tour by a female artist, most US top 40 singles entries by a female artist, and largest environmental fundraising event. That last one is notable, as MTV reported that Madonna took the stage of Carnegie Hall back in 1998 and raised $2 million to support indigenous people and rainforests.

Speaking of fundraisers, Madonna is also known for her philanthropy. In fact, when Madonna won the SuperEnalotto in 2012, she consequently pledged her $132,174 winnings towards schools in Malawi. The SuperEnalotto has had quite the history of celebrity winners. George Clooney and Elizabeth Hurley also bought winning tickets in 2010. They also donated their prize money, this time to victims of the Haiti earthquake. These days the SuperEnalotto’s jackpot is approximately €83.9 million ($92.4 million). Madonna’s generosity doesn’t stop there, as she pledged another $60,000 to Malawi schools as one of the ways to celebrate her 60th birthday last year.

Madonna may just be the definition of a triple threat artist. Of course, her musical prowess needs no further explanation. However, her impact on the world of dance is also undeniable. Her signature Vogueing has become a pop culture phenomenon that’s felt to this day.

Lastly, let’s not forget that Madonna’s acting chops are nothing to scoff at, either. She’s performed in a total of 22 Hollywood movies, including Evita, which earned her a Golden Globe Award for the Best Actress in a Musical or Comedy.

Rock and Roll Hall of Fame

Here’s a not-so-fun-fact: There are currently only 47 women (including Madonna) in the Rock and Roll Hall of Fame. Madonna was inducted back in 2008 along with artists such as Leonard Cohen, John Mellencamp, The Dave Clark Five, and the instrumental group The Ventures.

She Writes More Than Just Songs 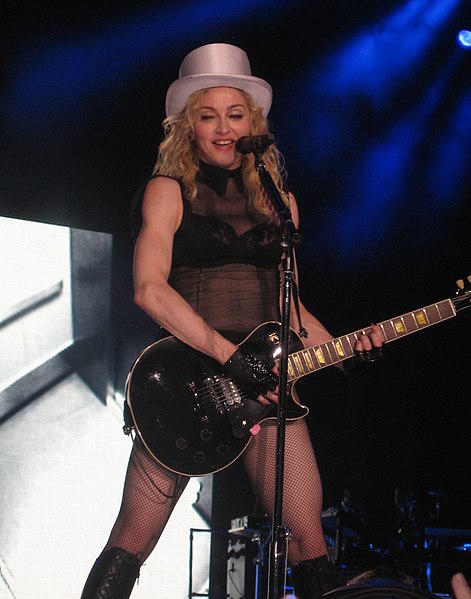 Madonna onstage in Stockholm, Sweden, in 2015 during her Rebel Heart Tour.

What’s left for Madonna to do? She’s an accomplished musician, singer, dancer, and actor. Well, what many people may not know is that she’s also a prolific children’s book writer. Madonna released her first children’s book The English Roses back in 2003, which made it to the Top 50 list of Amazon’s most ordered books way beyond its release date. Madonna has since written six other children’s books, along with several guest articles in magazines such as Harper’s Bazaar.