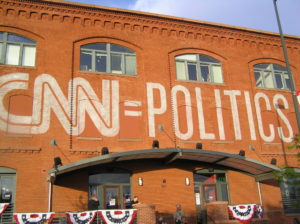 (*This is reprinted from the Opinion page of the 3/25 Austin American Statesman, who responded to the news that Texas Lieutenant Governor Dan Patrick had made some remarks about re-opening the economy, which were not only controversial, but stupid).

“Lt. Gov. Dan Patrick has offered a reckless and false choice: Let some seniors die or watch as our economy crumbles.

“Let’s get back to work.  Let’s get back to living,” Patrick said Monday evening on the Fox News show “Tucker Carlson Tonight.” “Let’s be smart about it and those of us who are 70 plus, we’ll take care of ourselves, but don’t sacrifice the country.”

It that means taking “a chance on your survival in exchange for keeping the America that all America loves for your children and grandchildren, Patrick said, then “I’m all in.”

The suggestion from Texas’ second-highest elected official is not only wrong-headed and cold, it’s dangerous.  The coronavirus pandemic doesn’t solely affect the elderly: about 40% of those hospitalized so far in the U.S. were ages 20 to 54 (50% in California).  Encouraging people to “get back to living” disregards the warnings by public health experts and risks further spread of this highly contagious disease.

Morally, we cannot accept the argument that the deaths of our neighbors of any age are a necessary trade-off for the health of our economy.  And, from a practical standpoint, economists tell us this is not true: going back to our old way of life while the coronavirus spreads will lead to more sickness and death, more lost wages, more strain on our hospitals and medical professionals, making it even harder to climb out of the recession that is likely already here.

Our best bet to help the economy is to contain the virus that is hurting it.

Governor Greg Abbott has worked to do so by temporarily closing schools and dine-in restaurants statewide, boosting the number of nurses and hospital beds, and asking for President Donald Trump to issue a major disaster declaration that would provide more badly needed federal aid to Texas.

Yet there is Patrick, Abbott’s self-professed wingman, undermining all of those efforts by suggesting we ditch the social distancing efforts that are the heart of our public health response.

Yes, we all want this emergency to end.

But Patrick is asking Texans to make the wrong kinds of sacrifices to get there.”