The Color Of Evil Series 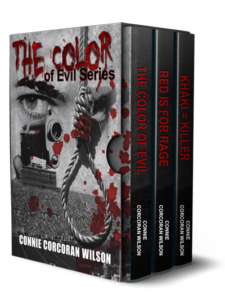 THE COLOR OF EVIL series was born from a short story that appeared in Volume I of “Hellfire & Damnation.” I felt so bad about how I had left the protagonist (Tad McGreevy) that I returned to flesh him out and fix him up, as he was suffering from Tetrachromatic Super Vision (which you’ll have to read the books to find out about). Connie Wilson has been working with a Hollywood producer on a screenplay of Book One, so we’ll see where this goes…if anywhere, but it’s still a good read no matter what and the 3 books (so far) can be purchased all in one as e-books in The Color of Evil Series by Connie Corcoran Wilson. This series is one of the Best Indie Books of the Year 2018 in the April issue of “Shelf Unbound” magazine. 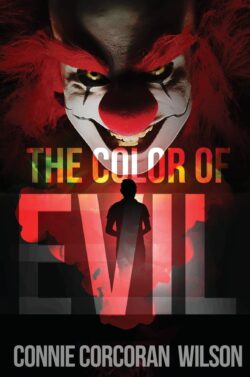 Book 1: The Color Of Evil

Meet Tad Mcgreevey and join him and his friends as he wages a silent war against those who would harm the ones he loves. Tad has a power that he has never revealed, not even to his closest friend, Stevie Scranton. He sees auras around others and, if they have “the color of evil,” he relives their crimes in nightmares. This Tetrachromatic Super Vision is both a blessing and a curse and Tad will struggle with a crazed escaped serial killer who has targeted him for extinction through the series.

Check out the trailer for Book One 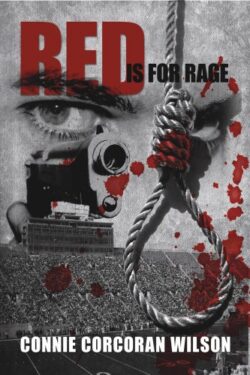 In RED IS FOR RAGE we learn more about the mysterious disappearance of Stevie Scranton and Tad struggles to come to grips with his affliction (Tetrachromatic Super Vision). If he can learn to control it, somehow, perhaps he can help find Stevie? A dramatic shoot-out at a championship football game pits 3 shooters against Tad and a sharpshooting female cop as his only hope for salvation.

Check out the trailer for Book Two 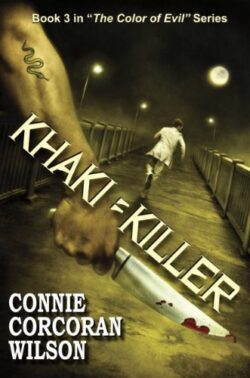 KHAKI=KILLER does not refer to the military, but to the aura color of those who are evil that Tad sees because of his Tetrachromatic Super Vision. Now that it is widely known that he has this ability, he is in peril.
Also imperiled is a cheerleader injured at the big game, whose fate hangs in the balance, and when 2 other young girls are suddenly taken, it will challenge Tad McGreevy and his rag-tag band of investigators to try to do the impossible and find them before it is too late.

Check out the trailer for Book Three

All 3 of THE COLOR OF EVIL books are available on Amazon through ACX in audio book format, recorded by the author, Connie (Corcoran) Wilson.

Connie has been working on a 4th book entitled “Scarlet Summer,” which takes place in the summer after the cast graduate from high school at Sky High School in Cedar Falls, Iowa. However, scripting a screenplay for Book One has put that project temporarily on hold. Stay tuned for further developments.
Learn More at the Dedicated Color Of Evil Series Website