Film star Eric Roberts (“King of the Gypsies,” “RunAway Train,” “The Pope of Greenwich Village,” “Star 80”) will be a guest on Thursday, March 12th, 7 p.m., on the podcast “Weekly Wilson.” His newest film, “Lone Star Deception,” will be one of the topics under discussion (*Film soon available on Amazon).

Tune in to Bold Brave Media Global Network at 7 p.m. (CDT)  on Thursday, March 12th, to hear Eric Roberts and wife Eliza (who plays his wife in the film) talk about this Texas thriller about an African American candidate for Governor of Texas. (www.boldbravemedia.com) With 561 other film credits, I’m sure we’ll be hearing more from this gifted actor about his career. The podcast, like this blog, is Weekly Wilson on Channel 100, with archived shows available later. 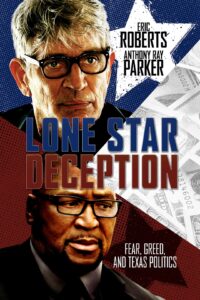 My very first podcast kicked off the final Thursday in February. I had two guests, Ava and Elise Wilson, my 5th grade granddaughters and collaborators on “The Christmas Cats in Silly Hats” series (6 books).

This week (March 5) at 7 p.m., the guest will be Texas author Michael Serrapica, author of “Conned Conservatives and Led-On Liberals.” Michael will fill us in on the various techniques that political campaigns (and others) can use to make their propaganda effective. I have no doubt that we’ll be talking politics with Michael again, after tonight’s show. 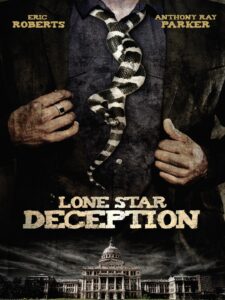 Others slated to join me to talk about movies, politics, the Corona virus, and other topics of the day include Executive Producer Ed DeZevallos on March 19th, who not only co-wrote the screenplay for “Lone Star Deception” and played the part of Dwight Jones, but contributed 5 family members to the cast and crew. Mr. DeZevallos, of Houston and Santa Fe, will be talking about this and another project on March 19th—a series of informational videos for youngsters to help them determine what they want to be when they grow up. The website for that second passion (7 and 1/2 hours of video) is www.soyouwanttobe.org.