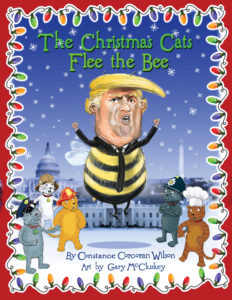 My podcast, entitled Weekly Wilson (like this blog) launches at 7 p.m. on Thursday, February 27th on Channel 100 of Bold Brave Media Global Network.

As the maiden voyage of the Hindenburg floats out over the airwaves of Bold Brave Media Global Network, you can call in at 866-451-1451. I’ve already lined up eleven-year-old twins who will lend their youthful voices to the air waves and solve the world’s problems. (!) Well, maybe not that, but they ARE my collaborators on one of my (many) series I will start out discussing. (Check ConnieCWilson.com for the others).

Since no one will know who I am, it is customary for the hostess to tell them, which I will do during the first segment (2 after the hour of 7 p.m. CDT to 10 after the hour). Then, a commercial break will occur.

There will be 5 distinct segments thereafter (followed by commercials). For your scheduling pleasure, since I know you won’t want to miss a single word, they are currently scheduled to be:

Following these cursory descriptions of the 40 to 50 books I’ve published since 1989 (most since 2003), other weeks may see me going into great depth about a series, but I’m planning on having as many guests as I can round up. So far, here’s how that looks:

1) Author Michael Serrapica, of “Conned Conservatives and Led-On Liberals” (politics, anyone?) on Show #2. Michael has graciously consented to come back and talk politics as the presidential race heats up. He has a background in radio and is a proud former union member and representative, so we’ll be talking politics.

2) Several representatives from SXSW of various sorts during that run (March 13-23) and before and after (working, right now, on a Val Kilmer thing at the local Alamo Drafthouse on Sunday for an article for the blog).

3) An expert on the corona virus from the University of Texas in Austin (Bill Kohl).

4) Author (Charlotte Canion of “You Have to Laugh to Keep from Crying” who will discuss caring for your elderly parents while also coping with your own health issues.

I am sure there will be technical issues aplenty, knowing my usual luck, but feel free to find Weekly Wilson on Channel 100 on Bold Brave Media Global Network and call in (it’s live) at 866-451-1451.

Hoping to hear from you with your questions or comments about any of the various topics this program will feature. If you’ve been reading this blog for a while, you know that it tends to be movies, politics, books, some travel, but the corona virus falls into none of those categories. Think of it a bit like any of the late night talk shows with hosts (Jimmy Fallon, Jimmy Kimmel, etc.). I’ll be interested in what you’re interested in, hopefully.