Chapter 2 describes how Steve Bannon came to be involved in the Trump campaign for the presidency on or about August 13, 2016. Bannon was reading an article entitled “The Failing Inside Mission to Tame Trump’s Tongue”  in the New York Times (an article that would be just as timely today.)

Trump had no operation beyond the RNC at that point. His “campaign,” which he had announced in the infamous Trump Tower escalator speech, had been launched on July 21, 2016, and consisted of perhaps 7 people. The team was scheduling rallies in what I call Newt Gingrich territory, i.e., the cheesiest venues, “often old, washed-out sports or hockey arenas.” Bannon called Rebekah Mercer, one of the biggest and most controversial sources of campaign funding within the GOP. The family had an ownership stake in Breitbart.

Rebekah Mercer noted, “This guy Manafort’s a disaster. Nobody’s running the campaign now. Trump listens to you. He’s always looking for adult supervision.” In this fashion, Ms. Mercer urged Bannon to offer his services running the campaign, even though he admitted he had no firsthand knowledge of running such a large-scale operation. Ms. Mercer noted that Trump would accept him in this position because “This thing’s in panic mode.” She sized Trump, the outsider, up as “desperate.” 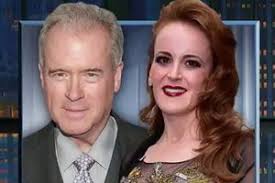 That discussion between Bannon and Rebekah Mercer led to a meeting at the home of the New York Jets owner, Woody Johnson, for a fundraiser. The Mercers wanted 10 minutes with DJT. “Mananfort has got to go,” she told Trump. She added, “Steve Bannon will come in” and Trump’s response was that Bannon would never do it, to which Rebekah reassured him that Bannon most definitely would enter the fray.

Trump, in his usual style, blamed Manafort for his poor television skills (“He’s a stiff. He can’t do TV effectively.”)

The next discussion revolved around 44-year-old Reince Priebus, a Wisconsin lawyer and chairman of the RNC for 5 years.Priebus viewed the month of August as a catastrophe (“A constant heat lamp that wouldn’t go away.”) Priebus had called Trump up after his negative remarks about Mexicans in his announcement of his candidacy, telling him: “You can’t talk like that.  We’ve been working really hard to win over Hispanics.”

At this point, according to Woodward, Mitch McConnell had already told Priebus to  shut the Trump funding spigot off and direct the RNC money towards Senate candidates. But Priebus decided to straddle middle ground: survival for the party and survival for him.“He had sucked up to Trump appropriately, but had also stressed his responsibilities to the RNC. He agreed to introduce Trump at rallies, referring to that as “extending a hand to a drowning man.” Priebus had said: “It wasn’t a campaign. It was a joke.” Priebus decided there was only one path forward, and that was to maximize aggression to conceal weakness.

Woodward then pivots to a meeting that took place at one of Trump’s golf courses at Bedminster (the Trump National Golf Club). Bannon was told to arrive at one o’clock and was given detailed instructions for finding the course (“Trump provided more detail than Bannon had ever heard him give on anything.”).

When Bannon arrived early, he met up with Roger Ailes, who was surprised to see him. Others supposed to be present were Chris Christie and Rudy Giuiliani. (Ailes’ reaction upon seeing Bannon was “WTF.”) Something was said (by Bannon) to Ailes to suggest that Trump was going to be “prepping” for the first debate with Hillary Clinton, which was upcoming on September 26th. Ailes was surprised that Trump was “prepping” and Bannon corrected him, noting that he, Giuiliani and Christie couldn’t get Trump to “prep” but they did show up and talk some of the potential relevant issues with him, as he played golf or after he played golf. 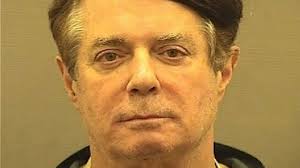 Paul Manafort, then the ostensible Campaign Manager (now a convicted felon), walked in dressed in yachting attire and both men were disgusted. Trump arrived and wolfed down a diet of hot dogs and hamburgers “the fantasy diet of an 11-year-old kid.” Trump chided Manafort, saying: “You’re terrible on TV. You’ve got no energy. You don’t represent the campaign. I’ve told you nicely. You’re never going on TV again.”

Trump constantly derided “the failing New York Times” but secretly considered it to be Gospel, and he was upset with the coverage. Bannon tried to convince him the story was BS, but Trump “wasn’t buying it.” (“The assassination of Manafort continued for a while.”) Typical commentary on Manafort, by Trump, to Bannon: “This thing’s so terrible. It’s out of control..  This guy’s such a loser.  He’s really not running the campaign.  I only brought him in to get me through the convention.”

Bannon laid out a battleground scenario where 2/3 of the country thought the country was on the wrong track and 75% thought we were in decline as a nation. That would set the stage for a “change agent” and Hillary was the past. Bannon underscored and emphasized that the goal was to “compare and contrast Clinton.” Steve Bannon outlined a campaign where HRC would be made the tribune and representative of a corrupt and incompetent status quo of elites who were allowing the nation to go down the tubes. Trump would become the tribune of the forgotten man who wanted to make America great again.

“And we’re just going to do it in a couple of themes,” Bannon said.#1: Immigration #2: Bring back manufacturing jobs, #3: Get out of pointless wars. Saying that those were the 3 big themes that Clinton could not defend against, Bannon went on to say, “We’re just going to hammer. That’s it. Just stick to that.” He noted that “even when she’s telling the truth, she sounds like she’s lying to you.” Trump did not. 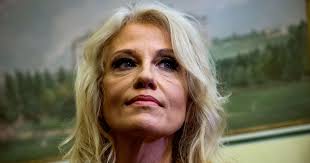 They agreed that Kellyanne Conway (who had previously worked for Ted Cruz) would be the designated campaign manager, but, to avoid any mention of Manafort’s ouster in the papers, he would retain a purely honorary title as Campaign Chairman but have no real power. Of Kellyanne he said, “We’re going to put her on television every day as the female-friendly face.” (They certainly did THAT! You could not avoid Kellyanne Conway on shows like “Meet the Press” and “Face the Nation” during this period.)

Bannon added that HE would never be on TV.  Kellyanne told Trump that he was “running against the most joyless candidate in presidential history.” (One could have said the same of Cruz, had he prevailed.) Kellyanne told Trump there was “a path back.” Kellyanne told  him: “You have built a movement. And people feel like they’re a part of it.” She counseled that the Trump campaign should never do national polling, as it was misleading. It was all about the electoral college and the 270 votes, so they needed to target the right states. She also said that “People want specifics” and “You need to make good on your promises.”

Asked if she was willing to devote months of time to help him win, Kellyanne acquiesced and said: “Sir, I can do that for you. You can win this race.  I do not consider myself your peer.  I will never address you by your first name.”

And so was born the trio of first-time campaign managers with a flawed candidate who did have a national reputation. “You’re fired!”)